All the dreams we had
Important historical events produce images which shape the cultural memory. One can’t think of the „Peaceful Revolution“ overcoming the GDR without thinking of images of protest in front of Nikolaichurch or the big demonstrations, the „Montagsdemos“ with masses of people marching through the city.
However those events happening in the center of Leipzig originate in neighborhoods outside of the center. Neighborhoods that are shaped by decay and vacancy.
Especially the vacant houses in East Leipzig turned into the most fruitful place for the revolution in the 1980s. A protest movement grows in the neighborhood’s churches and shared flats which eventually lead to the fall of the GDR in autumn 1989.
The exhibition „Revolution and change in East Leipzig“ as part of the project took place in October 2015 – 25 years after the end of the GDR, the formal „re-unification“.
Filmpassenger therefor interviewed 10 people that were part of the non-governmental opposition: people fighting for ecological issues, for human rights or for the freedom of arts and culture. Dramaturgically they were divided into 3 parts: life in the neighborhood (in the 1980s), revolution and daily life (the historical development 1989/90 in the neighborhood and the effects on their personal lives) and the „fracture“ (what happened immediately after the change). Those interviews were shown on screens, incorporated into the whole exhibition. 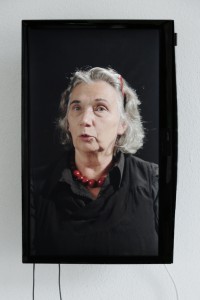 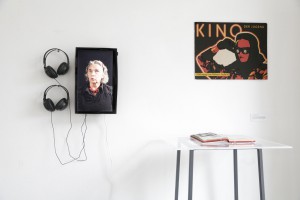 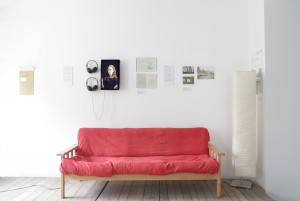 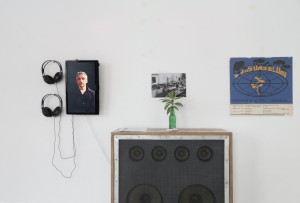